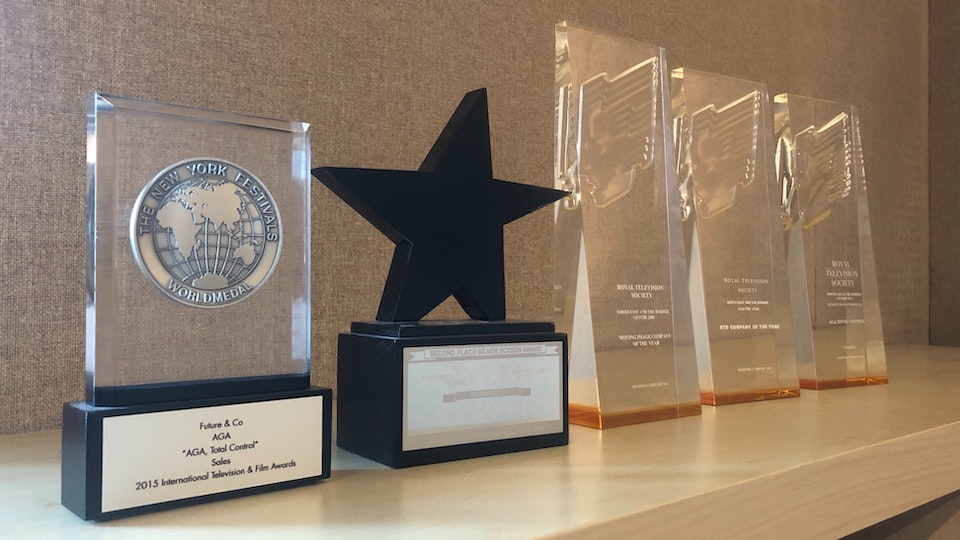 As well as being an incredibly experienced and very highly skilled Executive Producer at Heart and Soul TV & Film - Jonny Swales has contributed to and won multiple UK and International Awards over the years as a Producer. Here's a lovely picture of some of them sitting proudly on the shelf!